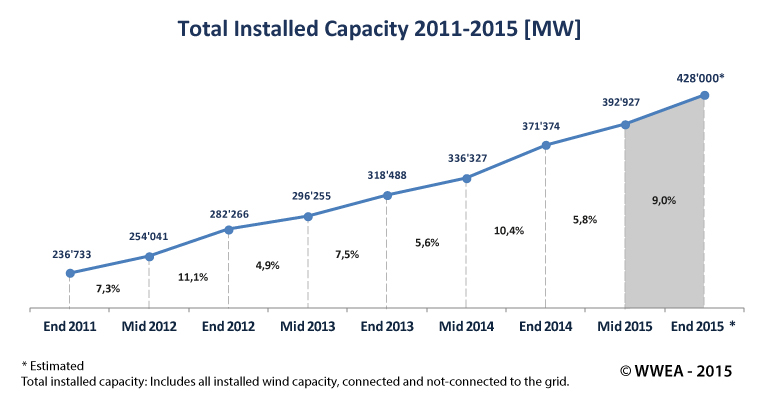 Reasons for the relatively positive development of the worldwide wind markets are certainly the economic advantages of wind power, after all its increasing competitiveness, uncertainties regarding the international oil and gas supply, and the pressing need to go for emission free technologies in order to mitigate climate change and air pollution. 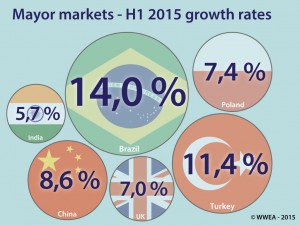 Stefan Gsänger, WWEA Secretary General: “The world market for wind power is booming like never before, and we expect new record installations for the total year 2015. The main markets are still China – with an astonishing growth of more than 10 Gigawatt within six months – USA, Germany and India. Brazil showed the highest growth rate of all major markets, the country has increased its wind power capacity by 14 % since the beginning of this year. However, several of the European markets are now very flat, and also the largest European market Germany expects a major slowdown in the coming one to two years, after the expected regulatory changes are in force.

The wind industry globally is today driven by a large variety of shareholders and stakeholders, from small and medium sized enterprises, large industries, energy cooperatives to environmental groups. For the future success, it will be crucial to continue and rather increase this variety.” 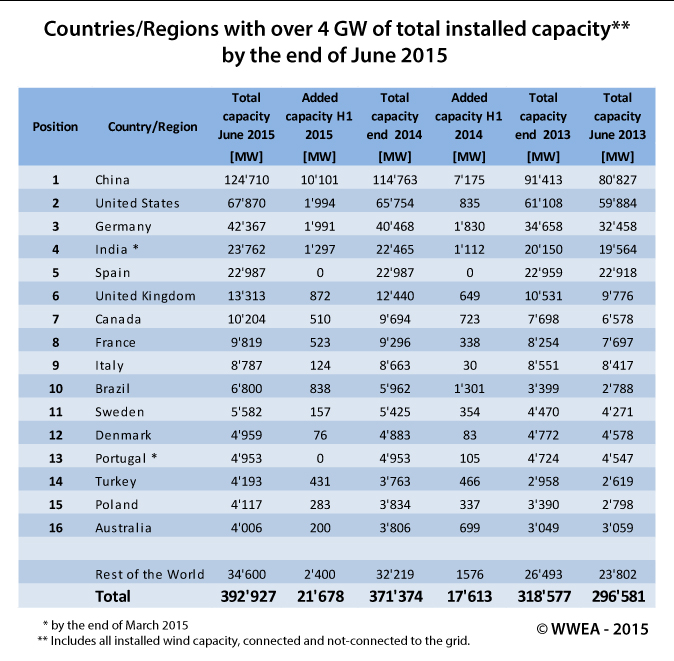