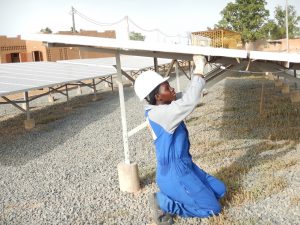 The WCPC2020 will gather community energy stakeholders from around the world to join the discussion on how to maximise the benefits of renewable energy for all, with a special focus on the role of women. Women are leaders in the climate movement, but they appear to still have difficulties in participating and are underrepresented in renewable energy in general and in particular in community energy. Accordingly, WCPC2020 aims at highlighting models and approaches in which women are playing a driving role and defining what barriers women face when they try to act in renewable energy field. WCPC2020 will also present a study WWEA is currently conducting with various partners about the role of women in community energy: https://wwindea.org/women/

The main objectives of the WCPC2020 are:
· Continue on from the first and second WCPC to promote community power on the international level as solution that is needed to create a more participatory renewable energy future, in the face of the negative effects of climate change and the dangers of nuclear energy.
· Raise the profile of community power and its multiple benefits in particular in relation to the role that women can and should play in the broad socioeconomic transformation which will be required.
· Conclude with policy recommendations on how to maximise socioeconomic participation and in particular strengthen the role of women.

The detailed WCPC2020 programme will be published here in early November.

For participation in the WCPC2020, please register at:

– Panel discussion: Women in the climate movement and in community energy

– Community Energy and Women in Practice